SIPS TEA: Chrisette Michele Says Her Family Disowned After Performing at The Inauguration 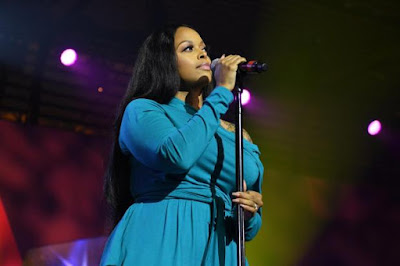 
Singer Chrisette Michele is speaking out about the backlash she received for performing at Donald Trump's Inauguration last Friday in which was paid 250K but unlike Jennifer Holiday who decided to cancel her performance , Chrisette Michele decided to do it and performed

“I changed my phone number also. I didn’t even think to say no. It didn’t cross my mind. The first thing I thought was that I have an opportunity to get in front of these people who don’t seem to understand who they’re talking to and show them what we look like,”

“I’ll say that the backlash I did personally feel came from members of my extended family who decided that they didn’t want to speak to me anymore or support my family in supporting me,” she said"