Here is the official video to Sweet Dreams by Beyonce, I think that is her best video to date!
at July 09, 2009 1 comment:

Email ThisBlogThis!Share to TwitterShare to FacebookShare to Pinterest
Labels: Beyonce

Video Of The Week: MJ's daughter Paris & her moving speech

Yesterday everyone all over the world tuned in to see the Michael Jackson: The Memorial, & I think that the most moving & the most emotional part throughout the whole thing is when his daughter Paris took the mic & said how much she loved her father, I had tears coming down my face when I saw that on TV & pretty sure everyone did. I hope that everyone else realized that even though they have a lighter complexion & look 100% white that's still his children no matter others say regardless, MJ was the one that raised them since they were babies.
at July 08, 2009 No comments: 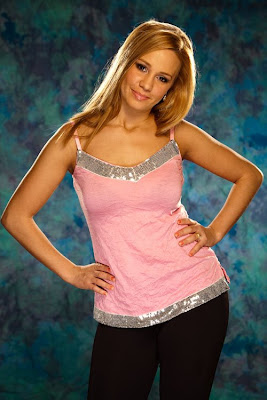 Flavor Of Love girls:
Pumkin ( confirmed by a member on bourgy.com who spoke to her recently

I Love New York Guys:
None as of right now

For The Of Ray-J Girls:
Cocktail
Cashmere

Email ThisBlogThis!Share to TwitterShare to FacebookShare to Pinterest
Labels: I Love Money 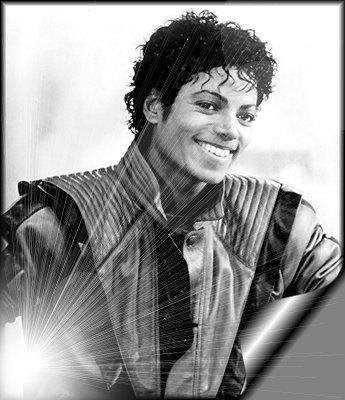 More than 1.6 million fans registered online for free in the random drawing of only 8,750 names. Each person selected will receive two tickets to Tuesday's memorial. The odds of getting a ticket were about 1 in 183.

"I'm in shock that it has happened," said Deka Motanya, 27, of San Francisco. "It's surreal." She received an e-mail message at 4:35 p.m. notifying her, "Congratulations, your application was successful."

She immediately Twittered: "OMG OMG OMG OMG i got tickets to the michael jackson memorial service!!!"

David Gobaud, 25, who studies computer science at Stanford University, said he didn't believe his e-mail was real at first. "It's Michael Jackson, one of the greatest musical stars of all time," he said.

Another winner was Zach Moss, a 21-year-old Chicagoan working for the summer as a DJ in Las Vegas. He said clubgoers have responded strongly to Jackson's music since his death.

"You can play two, three Michael Jackson songs back to back and people are going to have this huge jubilation celebration," he said. "Everyone throws their drinks up and shouts, 'MJ!' It's extremely powerful."

The tickets will admit 11,000 people to the Staples Center plus 6,500 in the Nokia Theater overflow section next door. The streets around Staples Center will be closed to prevent those without tickets from trying to attend, police said Sunday.

new song from this is called "Nothing New"

Email ThisBlogThis!Share to TwitterShare to FacebookShare to Pinterest
Labels: NeYo

The King Of Pop in the sky?

MYFOXNY.COM - Is Michael Jackson smiling down on the people of New York?
Fox 5 viewers Rolando Rivera and Felicita Diaz-Rivera of the Upper West Side were admiring the amazing light and clouds that emerged after a thunderstorm passed through the tristate.
That is when they noticed that one section of the clouds seemed to take on a familiar face. Rolando took a series of photos (see photo tab), which show a cloud formation coalescing into Michael Jackson's profile -- or maybe not.
Can you see his face? Vote in our Web poll (see poll tab).
Rolando and Felicita saw this scene from the window of their apartment near Amsterdam Avenue and 101st Street.
Perhaps Michael was trying to catch a glimpse at the scores of people gathered at the Apollo Theater in nearby Harlem to pay tribute to the King of Pop, who died suddenly in Los Angeles Thursday. 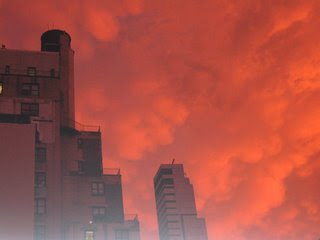 Here is the official video for Britney Spears 4th single Radar off her album Circus, persinally I don't think the video fits with the song. But she looks hot in it though.
at July 02, 2009 No comments:

Here is a sneek peak of Eminem's new video for "Beautiful" it looks really good! The full video will premeire on yahoo July 3rd, I'll be sure to post the full video until then.
at July 02, 2009 No comments:

Email ThisBlogThis!Share to TwitterShare to FacebookShare to Pinterest
Labels: Eminem

Here is the trailer to Megan Wants A Millionaire, I am really excited!
at July 01, 2009 No comments:

Email ThisBlogThis!Share to TwitterShare to FacebookShare to Pinterest
Labels: megan wants a millionaire

Here is the latest of the 3rd season of I love Money 3, 12 people have been comfirmed according to Thing-Verse blog.

Marcia from Rock Of Love Bus is the latest contestant to be confirmed.

and... don't expect Kiki & Bay Bay to be on I Love Money 3 they confirmed that they are DONE with Vh1 reality shows.

Email ThisBlogThis!Share to TwitterShare to FacebookShare to Pinterest
Labels: I Love Money

Mariah Carey - Obsessed (Behind The Scenes)

Here is a behind the scenes video of Mariah Carey's upcoming video for "Obsessed" she disguises herself as rapper Eminem LMAO!!!

Here is the official 1st single of Boys Like Girls's new single "Love Drunk" filming of the video began & Ashley Tisdale confirmed on her Twitter page that she will be in the video.