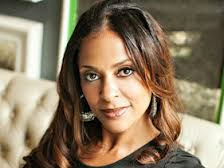 Reality News: In  a recent interview,Tiffany Cambridge is opening up about the rumor that The Game is cheating on her with Kloee Kardashian and what she thinks about it. She also says her and The Game are in a good space. She also talks about if ther reality show "Marry The Game" will return and if she would consider joining 'Love and Hip Hop: LA if the show does not get picked up for a 3rd season.

On the Game/Khloe Kardashian rumored affair

“It doesn’t bother me [the rumors]. Jayceon and Khloe have been friends for a long time. She actually, back in the day, years ago, used to date one of his close friends, so that’s where their relationship stems from. They’ve always been really good friends. You know how the media is, and the paparazzi is, and how people speculate on things, and that just goes along with the territory. So to tell you the truth, no, it doesn’t bother me or affect me either way. I think that she’s going through a lot right now in her situation with her husband, and at the same time, Jayceon is there to support her and encourage her as a friend. So no, it doesn’t bother me.”

If Marry The Game" will return for season 3

“You’ll have to talk to the people over at VH1 about that. The network is really in control of when they put us back on the air, but I’m sure that with the fans being interested in what’s still happening with Jayceon and I and the kids, the show will be back next year.”

If she will consider joining ' Love and Hip Hop: LA if her show does not get picked for another season.

“I never say never. I really like the fact that my show is really just centered around myself and my family. I’m really comfortable in that lane. I don’t know if I would be comfortable on a show like that. I don’t have anything against it, but I just don’t know if that would speak for me. But you never know, you never know what path God takes you down. As long as I can be an inspiration and do something that’s in a positive light, I’m not against doing it, but I can say I really do like my show. I like the production company, the people that I work with, and I really enjoy just working with Jay and the kids. So I can’t say right now. I don’t about that one.”