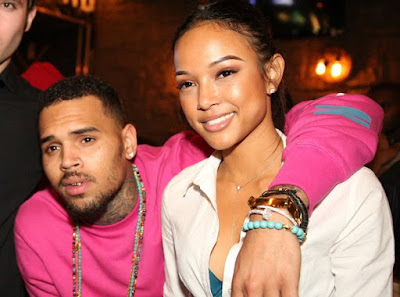 
Chris Brown was just on the receiving end of the old adage, "If at first you don't succeed, try try again," because Karrueche FINALLY was able to serve him with legal docs triggered by alleged death threats

And speaking of adages, it's the classic insult to injury, because Chris was served at his birthday bash. We've confirmed he was leaving Grooves nightclub in Houston when a process server slapped him with papers ... and Chris was pissed.

TMZ broke the story ... Karrueche wants a judge to order Chris to stay clear of her, claiming he threatened to shoot her and has resorted to physical violence, punching her in the stomach and throwing her down the stairs. 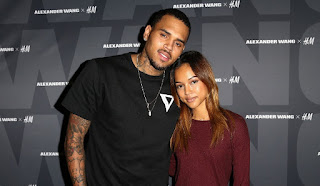 
In celebrity tea news, I'm sure you have all heard by now that TMZ
reported yesterday that Chris Brown's ex Karrueche filed a  restraining order claiming that Chris Brown has allegedly threatened to kill her and harm her family.

Now an old neighbor who is a singer by the name of Kay Cola is spilling all sorts of tea on twitter claming she allegedly heard Chris Brown beating her. She also calls out his stans for defending him 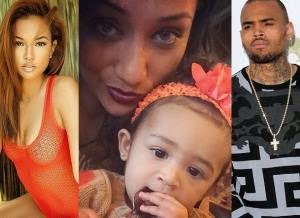 The biggest celebrity tea of the week,  it has been reported that Chris Brown has a child name Royality by a female model name Nia Guzman-Amey. It first, we didn't know if the story was true. But his on and off again ex Karrueche Tran let the cat out the bag on twitter

Bossip did an exclusive with the now ex husband of Nia Guzman-Amay. His name is Terry Amey and apparently she had an affair with Chris Brown while she was still married to him. They have been married since 2003 and they have 13 year old daughter. He filed for divorce when he found she cheated on him and was pregnant but he had no idea the father was Chris Brown.

"We’ve got to push forward so that my little girl and his little girl can grow,” Amey exclusively told Bossip Thursday. “I don’t know Chris Brown, but in the upcoming days, I need to talk to him. We’re sharing something that’s important. Our two little girls.”" 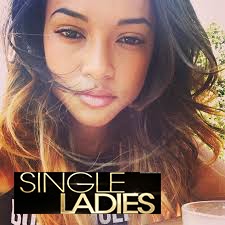 It looks like Karrueche Tran will be making her acting debut on the upcoming 4th season of 'Single Ladies' which is shooting in Canada and will on Centric in 2015.

She tweeted today that she filming an episode 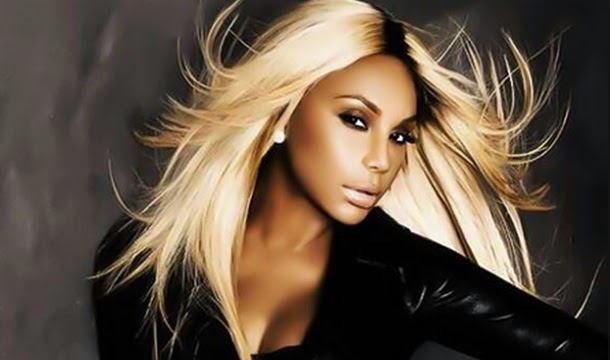 
In response to the video, Chris Brown attacked both Tamar and Adrienne on Instagram  calling Tamar 'muppet face' and calling out Andrienne for fucking with 'married men'

."you are asked to talk about certain things such as A.relationships B.family C.fashion D. Things that has to do with HER in life!@chrisbrownofficial @karrueche no one came at either of you but was simply using your relationship as an example of things us ladies go through in a relationship!! I do not know nor do I give a hot damn about your relationship personally.... honestly and respectfully I'm VERY sorry if you BOTH were offended about our girl chat.... however you WILL NOT think its ok to come at GROWN women and talk to either myself or @adrienne_bailon as if u have EVER has us each in your bed at ANY point in our lives! (Maybe your mind is clouded) NOTE TO SELF: u are NOT my MAN or my DADDY so you got me completely FUCKED up!...(like your reputation) I'm not 20 nothing years old and I am fine with all 3 #1 tv shows and making my dreams come true with Love&War and now #letmeknow...which is on iTunes 😊 you are only a few years older than my son and I will not tolerate your disrespect when no one was coming for you!!! so this RICH/BLESSED muppet who WAS always VERY nice to you and your girl will continue to work my ass of and make amazing records and positive television while YOU...In this very queenish mood you are experiencing😴.......Instead of coming on ig...and acting like a B.A.N!!...should have and could have picked up the phone!! 🙋...or watched the show for yourself!!! At least that's what REAL men do! #thereal on fox and@bet❤️ #backtoworkigo"

Love it? or Hate It? Chris Brown F/ Aaliyah " Don't Think They Know"

Chris Brown has released the new music video for his single "Don't Think They Know" which features the late Aaliyah. The song is about kids getting shot in senseless killings. In the video, you can clearly see Aaliyah is a hologram like form dancing in the background.

Chris Brown To Use Aaliyah's Vocals For New Single

Music News: Chris Brown has announced today at the 2013 bET awrads press conference that he is releasing a new song which will feature Aaliayh's vocals. the song is called "They Don't Know" It's ironic because Drake sampled her vocals for "Enough Said" last year. Now they something else in common.

The original track surfaced on the net back in 2010.

He currently filming the music video in Compton.

Poll Of The Month: Do You Still Like Chris Brown? 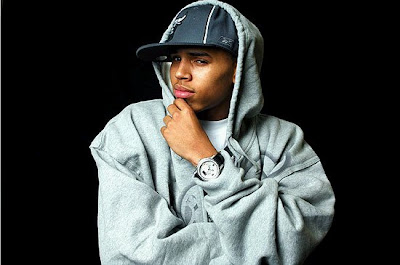 Every month, I will do a new poll, this month's poll ia about Chris Brown. Now with all the the serious drama between him & Rihanna, especially abusing her. Do you still like Chris Browm? or your now your an ex-fan & you lost all respect for him? 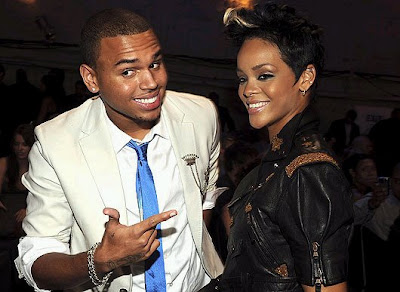 Things may have turned ugly for one of the music industry’s cutest couples. The LAPD are investigating felony domestic battery charges against Chris Brown. Reports show that Brown and an unidentified woman were arguing inside his vehicle around 12:30AM this morning. When the pair exited the car things turned violent. A woman with visible injuries identified Brown as the attacker. Earlier last night, Brown and girlfriend Rihanna had attended Clive Davis’ Pre-Grammy gala in Beverly Hills. A Grammy representative told The Insider that Rihanna’s face is slightly bruised from a “car accident” and she will not be able to attend or perform at the Grammy’s as scheduled. [Source: The Insider, People; Photo: Getty Images]