Reality: The cast of 'Hollywood Exes" was seen filming the 3rd season in Hawii on February 23rd. New cast member Shanna Moakler was with them.

You can check the rest of the pics on Concreteloop 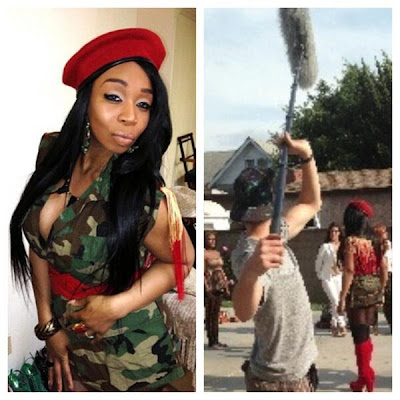 Reality News: Here is the first behind the scenes photo of Tiffany 'New York' Pollard filming her new reality show "Ratchet Queens." Even her outfit looks ratchet. Just an observation, I think show might be a competition type show. You can see three women in the pic with her.

Reality News: It seems like Miami is the Mob Wives' favorite new city other than Statan Island. Early this week, I blogged about Big Ang's new spin off show will be taken place Miami as she opens new bar in South Beach called "Miami Monkey'

Now according to Miaminewtimes the ladies of  'Mob Wives' was spotted filming  part of its 4th season in Kay Bayscanes's Rusty Pelican. You can see a picture of Big Ang with her man above.
at August 06, 2013 No comments: