'Bad Girls Club" Season 13 Might Be An All Star Season 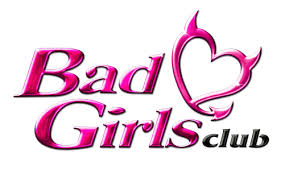 Reality:  We can debunk the rumor about the 'Bad Girls Club' cancellation.  Bad Girls Club: Chicago which is season 12 has not even aired yet but there is new info on Season 13 which will be a different than the rest of the seasons.

Teairra from season 7 has Instagram a photo of her application for Bad Girls Club season 13. 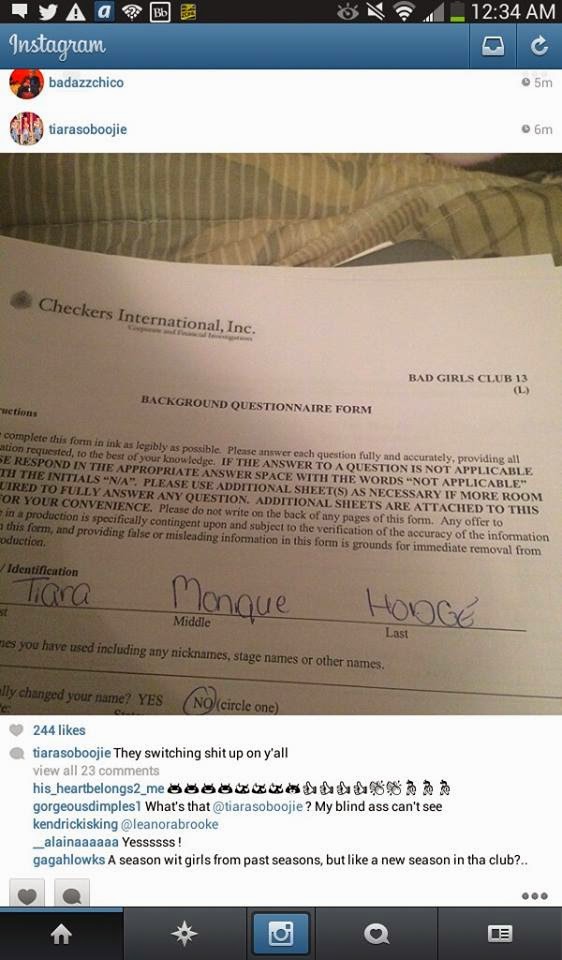 She tweets "They switching shut up on ya'll' indicating that season 13 will bring back memorable cast members.

Popular Bad Girls Club blogger Joey said on Facebook that there's a good chance that season 13 will be an all star season.

so my question is which girls do you want see for season 13?

Email ThisBlogThis!Share to TwitterShare to FacebookShare to Pinterest
Labels: all star, bad girls club, be, might, season, season 13

Che Mack Tweets She Won't Be On New Season of 'Love and Hip Hop: Atlanta' Reality:  With K. Michelle, Traci, Steele and DJ Babey Drew not returning to "Love and Hip Hop: Atlanta", another cast member has revealed she won't coming back to the show.

Che Mack revealed on twitter we won't be seeing her next season. She wasn't even on the reunion show last season either.

Email ThisBlogThis!Share to TwitterShare to FacebookShare to Pinterest
Labels: che mack, love and hip hop Atlanta, new, on, season, she, tweets, won't be

Drew and Traci OUT

Reality News: So far , we are learning about who will be joining the new season of 'Love and Hip Hop: Atlanta. Waka Flocka's finance will be joining the cast as well as former 'Basketball Wives LA cast member Bambi, who is not dating Lil Scrappy.  But the question is who WON"t be returning next season? We all know K. Michelle will appear on the NY version and will be getting her own spin off show titled "No New Friends"

Also, it has been confirmed now that season 2's new couple Traci Steele and DJ Baby Drew won't be returning either which I'm not surprised.

Traci confirms it on Bossip

Bambi Will Be On The New Season Of 'Love and Hip Hop: Atlanta"

Bambi To Appear On Season 3

Reality News: Now that Bambi is dating Lil Scrappy, it looks like we will be seeing more of her on the 3rd season of 'Love and Hip Hop: Atlanta' She was at the BET Hip Hop Awards 2013 and she tells HipHollywood that she "pretty sure" she will making several appearances. Last season, Bambi appeared on the cabin episodes with Kirk and Benzino

Email ThisBlogThis!Share to TwitterShare to FacebookShare to Pinterest
Labels: bambi, be, love and hip hop Atlanta, new, of, on, season, season 3, the, will

Tami Thinks 'Basketball Wives' Might End After This Season

Tami On The Breakfast Club

Reality News: Is 'Basketball Wives: Miami" ending? Well, that's what Tami thinks on her new interview with The Breakfast Club. She doesn't see the show continuing after this season. Se also clarifies the tweet that she sent out weeks ago saying she was leaving the show. She says she not leaving show, she just doesn't see the show going on after season 5. She also reveals she wants her own show.

Email ThisBlogThis!Share to TwitterShare to FacebookShare to Pinterest
Labels: after, basketball wives, end, might, season, tami roman, thinks, this 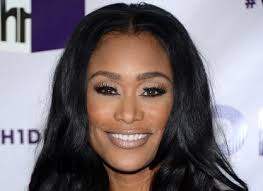 Reality News: It looks like Tami is not feeling how she is being portrayed as the villain once again on 'Basketball Wives' by the producers are trying to make her look a certain way.

The vents about the situation on the Morning Riot

'I’m still mad. They’re trying to portray me week after week as a certain type of person, and I’m not going for that and I am not having that. I’m sick of the Basketball Wives train that has the left the station this season. The situation with Tasha, the young lady that is new on the show, this woman knows everything there is to know about me. We’re five seasons in, I knew nothing about this person. So I did my investigation and found out some things. Now, I wanted to be armed with information, in cause she tried to come at me sideways cause I never know how somebody’s gonna come at me. There’s nothing wrong with that. Now having that conversation with Susie, Susie then chose to take that information, after I specifically said to her, ‘Susie don’t bring it up,’…..They’re trying to make it seem like I put Susie up to doing it.'

She also tweeted that she in not interesting returning next season

Email ThisBlogThis!Share to TwitterShare to FacebookShare to Pinterest
Labels: basketball wives, next, return, reveals, season, she won't, tami roman, to 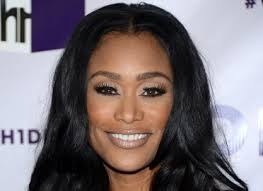 TV News: We will be seeing more of Tami on VH1. She is set to replace Tamar Braxton, who joined 'The Real" this summer, on Tiny's VH1 talk show 'Tiny Tonight' . The new season is set to premiere on September 20th.  Claudia Jordan and Trina will be returning.

Reality News: It seems like Miami is the Mob Wives' favorite new city other than Statan Island. Early this week, I blogged about Big Ang's new spin off show will be taken place Miami as she opens new bar in South Beach called "Miami Monkey'

Now according to Miaminewtimes the ladies of  'Mob Wives' was spotted filming  part of its 4th season in Kay Bayscanes's Rusty Pelican. You can see a picture of Big Ang with her man above.
at August 06, 2013 No comments: