Nene Leakes Rumored To Be Competing In 'Dancing With The Stars' 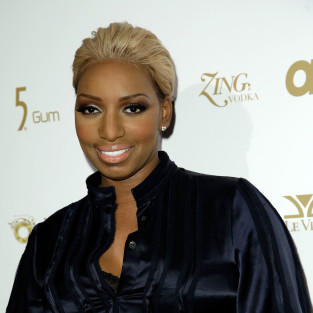 Reality: The 18th season of Dancing With Stars  won't premiere until March 17th but there has been reports today that  Real Housewives of Atlanta Nene Leakes will be set to compete on the new season.

Reality Tea reports that Nene Leakes has been front runners for the Real Housewives franchise to be on the show. Last season, Lisa Vanderpump competed.

Email ThisBlogThis!Share to TwitterShare to FacebookShare to Pinterest
Labels: Dancing With The Stars, nene leakes, on, real housewives atlanta, rumored, to

Rumors: Is VH1 already planning another biopic movie? According to Uptownmagazine VH1 is already working on an Aaliyah biopic film after the success of the "Crazy Sexy Cool: The TLC Story" and her uncle Barry Hankerson, who owns Blackground records is behind the film

So far, nothing has been officially confirmed but their has been so many rumors about an Aaliyah biopic movie for years now. Uptownmagazine.com  is the only source reporting it as if right now.

TLC's Chilli and Ne-Yo Rumored To Be Dating

Rumors:  Reports have come lout today that Ne-Yo and Chilli are rumored to be dating.  Several sites such as  VladTV reports that Chilli has been quietly dating Ne-Yo for some time.  Neither have responded to the dating rumors. Do you think they will make a couple?

Email ThisBlogThis!Share to TwitterShare to FacebookShare to Pinterest
Labels: be dating, chilli, Ne-Yo, rumored, TLC, to

Rumors: So we all know Mona Scott Young is working three potential new 'Love and Hip Hop spin off's for LA, Houston and New Orleans. ONE of these cities will get picked to be next new spin off.

We can already single out Leyota Luckett and Slim Thug out for 'Love and Hip Hop: Houston. But according to Sandra Rose Blog more rumored cast members have been announced.

Her blog also says that if the LA one gets picked that Ray-J will be co-producing the show and will have his own drama.
at October 13, 2013 No comments:

Email ThisBlogThis!Share to TwitterShare to FacebookShare to Pinterest
Labels: cast members, for, love and hip hop, more, potential, rumored, spin off show, the

She also recently released a diss track about him and Joseline.
at September 20, 2013 No comments:

Reality News: Early this week, the 2nd season of 'Bad Girls All Star' Battle' is beginning to be filmed soon and there has been a  couple of bad girls who have been considered to join the new season .

Amber from season 4 was rumored to join, but she declined the offer as well as Christina from season 9.

Here is the rumored cast 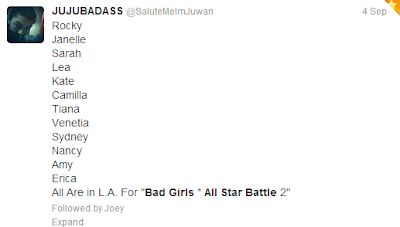 If this was the cast, would you be satisfied? Who do you want to see and who do you don't want to see?

Rumor Of The Week:  'Hollyood Exes' or should I say 'Atlanta Exes' is currently in the works and so far Tameka Foster ( Usher's ex ) and Christina Johnson ( Cee Lo Green's ex) are in talks to join but nothing has been officially confirmed yet. But who is else is rumored to join the show?

Blog site  Straightfromthea , has the scoop. 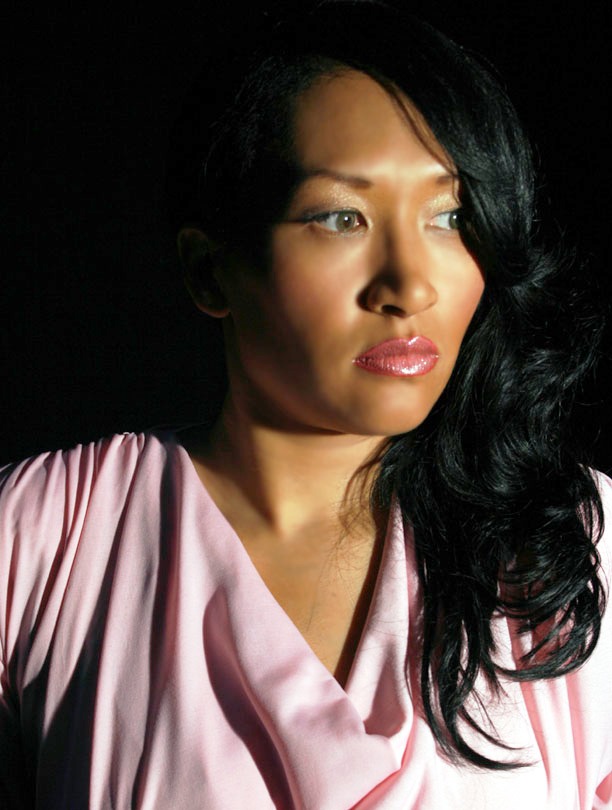 She is the ex-wife to actor Idris Elba. She is a well known Atlanta makeup artist

She was Sheree's team partner on 'The Amazing Race.'  She is the ex-wife of Ashley Ambrose, a former NFL baller

She is mother of Ne-Yo's two kids and was engaged to him but early this year Ne-Yo broke up with her via instagram.