Drew Sidora In Talks To Play Aaliyah In Biopic

Who Should Play Aaliyah?

Celeb: This long awaited Aaliyah biopic film is underway and casting to play the late r&B singer is also underway. Drew Sidora, who played T-Boz in VH1's Crazy Sexy Cool: The TLC Story is one of the actresses being considered to play.


I think they should get Youtuber Lolita Price to play her. She recently did a McDonalds commercial

Who do you think should play her?

Email ThisBlogThis!Share to TwitterShare to FacebookShare to Pinterest
Labels: aaliyah, drew sidora, in, play, talks, to 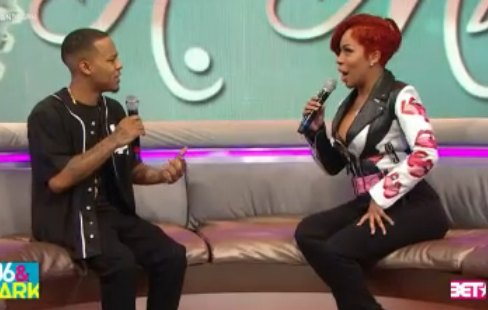 Reality:  K. Michelle was on 106 & Park last week to talk about her long awiated new reality show which will be spin off show from 'Love and Hip hop: Atlanta. She reveals to Bow Wow that viewers will see the mother side to her on her new show. She has a son.

Reality: Us fans have compared Peter/Amina/Tara all season to to the infamous love triangle of Stevie J/Joseline/Mimi.  Mimi Faust of 'Love and Hip Hop: Atlanta is speaking to Jasmine Brand about the comparison and she says she  "feels her pain."

“My heart goes out to Tara. I feel your pain,” “That goes on every day in every state. It’s not just me and [Stevie], Peter doing what he’s doing,”

She also talks about her new book which will be about women dating these dudes in the industry.

“It will be about dating

a man in the industry. It will also have short stories from different women. It won’t be about just me. I will incorporate other people I know—all the stories of other women that have had similar experiences in their life too.”

Watch It Here: K. Michelle Talks Lance Break Up and Tamar Beef On The Skorpion Show

Reality News:  K. Michelle has revealed to The Skorpion Show that she and Lance Stephenson have called it quits. She cleared up rumors that he was cheating on her. She says it was the age gap. She also speaks on her beef with Tamar and says she has ended her fued with her and also says the two actually never met.

Watch It Here: Rapper appeared on The Dr. Phil show this week to talk about his recent struggles with drugs. He says that he will always have a drug problem. He also talks about having 11 children and one on the way.

I’m always going to have a drug problem, I don’t have to get high. I smoke weed, I drink, yes. That’s it. One day that will be gone because like I said, my faith is in God. He’s not removing it all at once but I’m taking steps everyday to get better and to get where I need to be.
at September 27, 2013 No comments:

Watch It Here: Laura Govan  is speaking to Bossip and she reveals that she slapped Draya during the show. She also talks about Nene's new spin off show "I Dream Of Nene" as she appears as one of her bridsmaids.

Her and Gloria won't be returning to 'Basketball Wives LA'  They are currently filming their own show.
at September 13, 2013 No comments:

Joseline Talks About Her Debut Album 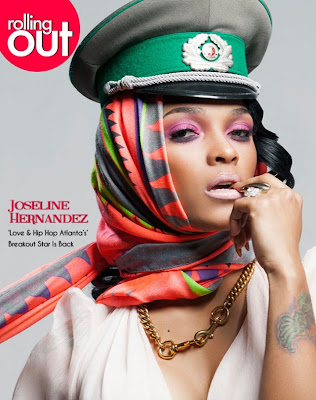 Music News: Is Joseline the next cast member to release a debut album? K. Michelle's debut "Rebellious Soul", is set to shit stores next week.  So far, Joseline has released two music videos which "Mi Colta" and "Shotz".

In the latest issue of Rolling Out magazine, she talks about working on her debit album with Stevie J and describes what the album will sound like.

On the sound of the album

[It’s] reggaeton, hip-hop, pop — I do everything. I sing and I rap in Spanish. Stevie got me doing everything in the studio. I love it, I’m excited that I can go from being a dancer to a pop icon. I’m actually a pop icon because little girls were dressing like me for Halloween. I thought they only dressed like Michael Jackson for Halloween.

Working on the album