Exclusive Interview: My 'Where Are They Now?' Interview With Kerry Schwartz (Frank The Entertainer... A Basement Affair) 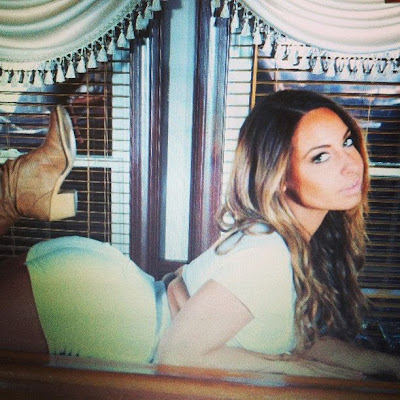 Where Are They Now? With Kerry

Exclusive: It's been over a month since I've done a 'Where Are They Now?" interview. I've got a couple of more on the way. This interview I've done recently ; Kerry Schwartz was best known for being the winner of The Entertainer's VH1 dating show back in 2010. She says being on the show 'quite an experience'. She also reveals that her and Cathy ( who was the runner-up) are not close friends anymore like they once were. Says her and Felicia ( who also on the show) are best friends. After being on the show, she got a job working as a casting producer for the Bull Cunningham Show. Her dream now is too become a celebrity interviewer. She has interviewed countless number of celebrities and reality stars in her own show "Getting Comfy With Kerry."

We all know as the winner of 'Frank The entertainer.. a Basement Affiar." What was your fondest of memory of being on that show? and do you still keep in touch with Frank?
Being the winner on frank the entertainer was quite the experience. I have so many great memories from being on the show! One of my fondest memories was obviously when I won the show. I was so into Frank at the time and I was really overjoyed when he chose me. However, some of the most memorable were with the girls in the house. I got along with everyone, So just hanging out, getting to know the girls, and doing these crazy, fun challenges everyday with them were the most fun. It was kind of like the sorority I never had in college that I always wanted.  Frank and I no longer keep in touch. However, I wish him the best and really do hope he is well! Everything happens for a reason. I have actually been in a serious relationship now for about three years. His name is Chris James. He is super supportive in everything I do in my career, has a heart of gold, and happens to be the best thing that ever happened to me. I couldn't be more in Love. 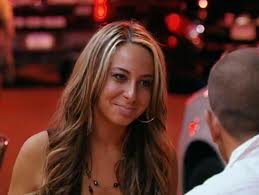 You were on the show with your friend Cathy who was the runner-up. Are you guys still friends?
Unfortunately Cathy and I aren't close friends anymore like we used to. Not for any specific reason, We are both in serious relationships now and I think we kind of grew apart. However, Sometimes I miss her and think about her. She will always have a special place in my heart and wish her nothing but happiness now and in the future. 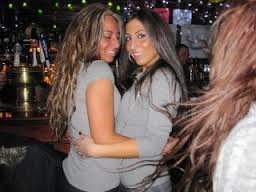 Do you still keep in contact with any of the other girls from the show?

I kept in touch with most of the girls for a while, But as time when on we don't keep in touch at all. Maybe a facebook message here and there to wish each other a happy birthday. There is one girl I keep in touch with, see every weekend, and has truly become my BEST FRIENDs and a sister to me. Felicia. I am most thankful for  meeting her on that show. That was the best thing that came out of it! She has become a huge part of my life and really couldn't picture my life without her.

After being on that show, you've done a lot of other stuff like "The Bill Cunningham Show".  How is like working there and what do you do?
Currently, I work as the Audience casting producer at the Bill Cunningham Show on pix11. I absolutely love my job and couldn't ask to work with a more fabulous team and Host! They have become my second family and my home away from home. Be sure to check it out Mon-Fri at 1pm! 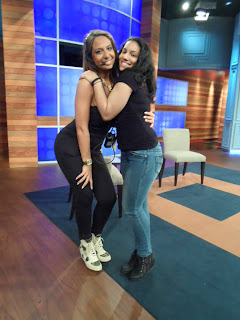 "Getting Comfy with Kerry" is a show that premises a sit down, one on one interview with a celebrity. Kerry Schwartz exclusively chats with each celeb and gets down to the raw and real facts of the gossip circulating each celeb. You may hear their stories and naughty dirty laundry via tabloids and media but getting comfy with Kerry captures the truth from the subjects mouth. Look forward to a segment called "off the cuff" where Kerry asks out of the ordinary questions ( vodka or tequila, do you consider yourself a freak, sleep with clothes or naked, etc) Nothing is off limits! Kerry is very charismatic, outgoing, and has a personality that meches with just about anybody!Be prepared to laugh, relate and tear up at times. The set is always a couch or bed etc. SO the celeb is "Getting comfy" in a "comfy" setting. I've had celebs anywhere from dmx's wife Tshera, ying yang twins, Quinton Aaron (main actor from blindside) to mob wives Carla and Drita! 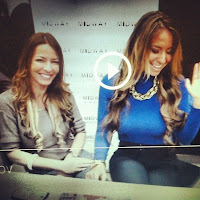 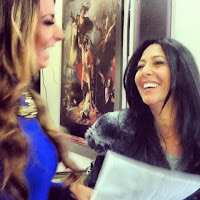 Email ThisBlogThis!Share to TwitterShare to FacebookShare to Pinterest
Labels: Frank the entertianer in a basement affair, interview, kerry schwartz, where are they now