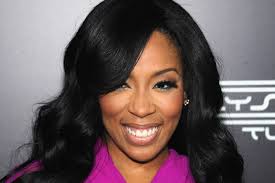 Reality Show Today, VH1 finally confirmed when we will be seeing K. Michelle's new reality show. The new show, which has yet to be titled, is expected to premiere later this fall.

The show will be about how she balances her life as a singer and a mother. It will be a differnet side of K. Michelle we have not seen before.

VH1 has also announced a string of other new shows coming later this year, such as a new scripted show "Hindsight, I Heart Nick Carter, and 'White Girls Of Rap'