Which Is The Better Album?

POLL: Both are reality stars and both released R&B albums. The albums have compared to their fans. K Michelle released her debut last month which hit # 2 in the Billboards album charts and Tamar Braxton just released her album this week.

Which album do you think is better to your ears?
at September 06, 2013 No comments:

NEW POLL: Who Do You Think Will Die On "Hit The Floor?" VOTE! 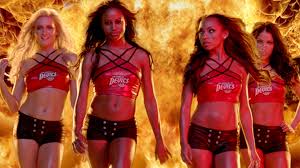 POLL: In this weeks poll I ask you "Hit The Floor" fans who do you think will die on next week's season finale? Will it be Asha? Jelena? Raquel? Kyle? or even Mia?