'Love and Hip Hop's Saigon: "VH1 Had Something Personal Against Me" 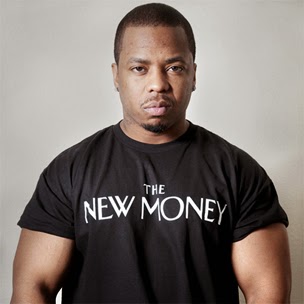 Saigon Explains Why He Quit 'Love and Hip Hop'

Ex- 'Love and Hip Hop: NY' cast member Saigon did an exclusive interview with HipHopdx.com and part of the interview he explains in he further details why he left the series. Him and his baby mama Erica Jean were introduced as a new couples in season 4.

He tells the site that VH1 has 'something personal against him' and he also says he cursed out the producers. For not having any balance on the sow. Everything they was negative.


"It goes to show you the state of our people. When I say “our people” I don’t mean black, I mean [the] state of young America, ‘cause I don’t think this is about color when we deal with the youth anymore. When little kids come up to me and say, “Yo, Saigon from Love & Hip Hop!” and they’re like seven or eight years old, I go, “Your mother let’s you watch that?” Because all they put the spotlight on is ignorance. We shot a lot of things that if they would’ve showed it, would have showed me in another light. But when they shoot you for six months, they’re gonna get some bad times as well. We shot for six months, and all they showed was the bad stuff.
I’ma tell HipHopDX some real shit. I quit in the middle of that show. This is why it came out bad and why VH1 kind of had something personal against me. I used to curse the producers out. Ask anybody...Peter guns, Joe Budden. I told them, “All y’all do is marginalize anything we do positive. Anything that makes us look good, you marginalize it, and then you put a spotlight on the negativity. I understand that it’s a reality show and you need drama, but where’s the balance?” 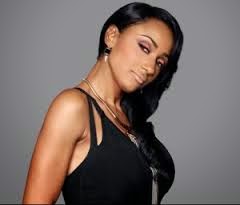 Reality:  Former 'Love and Hip Hop' couple Siagon and Erica Jean appeared on the season premiere of Iyanla, Fix My Life a week ago and let's just say nothing has changed

Erica Jean tells Jasmine Brand that the outcome was the opposite  of what she though it would be. She thinks that Saigon manipulated Iyanla to put all the blame on her

“I didn’t know that she had spoken to him earlier,” said Erica who felt like the interview was one-sided. “I think it was just a complete

turnaround, like just roasting me the whole entire show. It was a misjustice of women going through things like this with the father of their child and have no where to go.”

“Saigon manipulated Iyanla to kinda put it all on me,” said Erica who doesn’t think Iyanla even watched an episode of their show. “This was his chance, he felt, to make himself look better. He lost a lot of fans and just a lot of people were on him. Instead of going on there and being truthful and being himself, he put on this facade of him just being this man trying to be a father with this angry woman… He took it as an opportunity to play the victim.”

Saigon and Erica Jean To Be On "Iyanla Fix My Life"

Reality:  It looks like we will be seeing more of Saigon and Erica Jean now that 'Love and Hip Hop: Season 4 has ended. Apparently they will be appearing on "Iyanla Fix My Life" Saigon instagram a photo of him and Iyanla.

Email ThisBlogThis!Share to TwitterShare to FacebookShare to Pinterest
Labels: be, erica jean, iyanla fix my life, on, saigon, to
Older Posts Home
Subscribe to: Posts (Atom)