﻿The Saddle Ranch- Finale Recap
Summary Of The Finale
Kameron faces some huge life decisions as Jordan returns home. Robb and Rachel continue to struggle with their relationship, and nothing can prepare the Saddle Ranch crew for the surprise that Candy has up her sleeve.
Celebrity Rehab 5- Premiere Recap
I don't think people realize that Celebrity Rehab 5 premiered on Sunday because of the 2011 BET awards. Here is the recap of the premiere.
Summary Of The Premiere
﻿Dr. Drew returns for a fifth season of Celebrity Rehab to once again face the intense task of helping a new group of celebrity patients in their quest for sobriety. As the patients check in, Dr. Drew first lands them at the Pasadena Recovery Center, then meets with them individually to examine the role that their addictions play in their lives. New staff member Jennifer Gimenez from Sober House suffers an intense emotional panic attack when she learns that former patient and nemesis Steven Adler will be checking in.

Nancee (Saddle Ranch) Talks About her Love For Cell Phones

"The Saddle﻿ Ranch" star Nancee Bingenheimer talks about her love for cell phones on thecellularguru.com

1. What kind of cell phone do you use?


2. What is the most important feature on a cell phone for yourself?
Speed, accessability to all my apps, and handsfree


3. What do you hate most about your phone?
It freezes all the time, and the speaker is not loud whatsoever


4. What do you wish your cell phone had?
A dock for my car like my old Garminfone


5. When did you get your first cell phone?
I think I got my first cell phone in seventh or eighth grade. I miss my sidekick. That was the best phone ever. ahhhhh getttt me a newwww sideeeekickkkkk lol. ohhh a sidekick with all the normal sidekick stuff.. AND a touch screen… OH MAN YEAH!

Email ThisBlogThis!Share to TwitterShare to FacebookShare to Pinterest
Labels: The Saddle Ranch 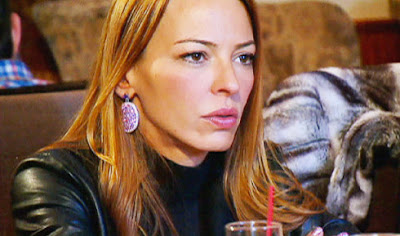 ﻿Mob Wives- Episode 8 Recap
After a two week hiatus, "Mob Wives" with a new episode!
Summary Of Episode 8
With her dating life on hold, Renee looks to completely re-invent herself at the plastic surgeon. Karen's writing is stalled when her book deal makes headlines and creates a nasty backlash. Carla prepares for her husband's imminent release from prison while Drita tries to explain the concept of a rat to her daughter as she goes to war with a crew of raccoons. Renee surprises the women with shocking news about her ex-husband Junior that has everyone up in arms. 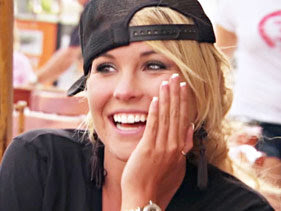 The Saddle Ranch- Episode 8 Recap
Here si what went down on episode 8 of "Saddle Ranch"﻿
Summary Of Episode 8
Robb and Rachel hit another rough patch when Rachel brings drama to an otherwise fun-filled day on the slopes. Cassie gets an amazing opportunity to further her fledgling dance career, but will last minute coaching from Noah be enough to save the under-prepared Cassie from embarrassment in the spotlight? 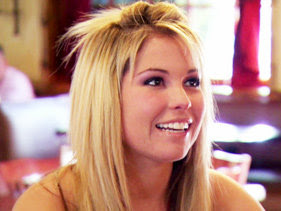 ﻿The Saddle Ranch- Episode 7 Recap
Here is the latest recap of "The Saddle Ranch"
Summary Of Episode 7
Both Cassie and Kameron get a huge surprise when Candy decides to do a little switcharoo at Saddle Ranch. Outside of work, Cassie is on the hunt for her prince charming. And while Dave lays it on for the ladies at Saddle Ranch, an overly jealous Nancee gets caught by a surprise that could spell disaster for her.

Email ThisBlogThis!Share to TwitterShare to FacebookShare to Pinterest
Labels: recaps, The Saddle Ranch 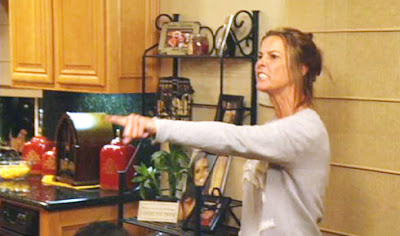 Audrina- Episode 4 Recap
On this episode, Lynn lashes out at her daughter Casey and Lynn has a crush on Donald Trump?﻿
Summary Of Episode 5
Audrina still in NY is asked to come in for a very special business meeting. Back in LA, Casey spends quality time with her husband Kyle. She invites him to the family dinner later that night. Kyle is concerned that there may be drama but agrees to go. It turns out he is right. 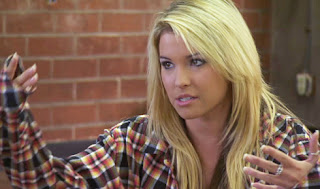 The Saddle Ranch- Episode 4 Recap
Summary Of Episode 4﻿
Will romance bloom from Robb and Rachel's drunken make out session? After a "first date" at a tattoo parlor, Robb invites her to a home cooked dinner with real romance for dessert. Dave finds himself in a heap of trouble at work when Saddle Ranch is secretly evaluated by a couple of undercover diners. Cassie seeks out Noah's advice on moving her dance career forward and might have all the right moves when she meets some very interesting customers.
at May 14, 2011 No comments: 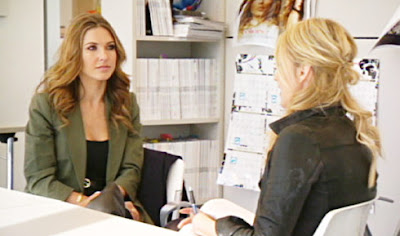 Audrina- Epsiode 4 Recap
Audrina gets prepared for fashion weelk and she invites her sister Casey. Here is the recap of episode 4.
Summary Of Episode 4
Audrina calls and invites Casey to join her and Lynn in NYC. While Audrina goes to meetings and fittings, she sends Lynn and Casey on some NYC adventures. Audrina walks in her first fashion show at fashion week while mom and sister cheer her on. While she's on the highest high or her life after the catwalk, Audrina gets some huge news. 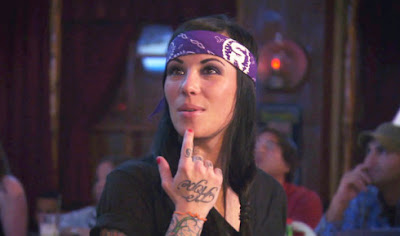 Saddle Ranch- Episode 3
Here is what went down on the latest episode of Saddle Ranch
Summary Of Episode 3
Cassie's victorious brawl with a rented stripper serves as an icebreaker to finally bring everyone together at Robb's party. Robb and Rachel shock everyone by locking lips by the pool, while Cassie and Nick notice each other in the hot tub. Things go from bad to worse for Taylor when he experiences some car problems and has a disastrous run-in with manager Candy at work. 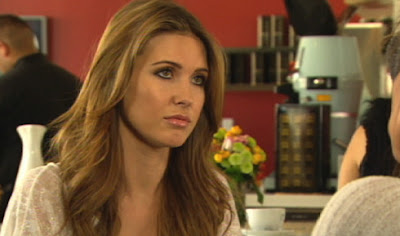 Audrina- Episode 2 and 3 Recap﻿
It seems like this show is not doing so well in the ratings but here is what happened on episode 2 and 3.
Summary Of Episode 2 and 3
Audrina and Sammy go Jewelry Shopping with their dad, Mark, for their parent's 26th anniversary. Audrina meets separately with her sisters to plan for their Anniversary Party. Later that night Audrina hits the LA nightlife scene with her closest girlfriends and things get wild. Mark and Lynn's anniversary party is a hit and we learn how important family is to the Patridge clan.
Corey, Audrina's boyfriend is in town for a short while and Audrina does her best to make time with her busy schedule. Audrina and Lynn have some mother daughter bonding at Pilates.. Audrina plans the perfect Valentine's Day gift for Corey before she has to take him to the airport to fly back to Australia. 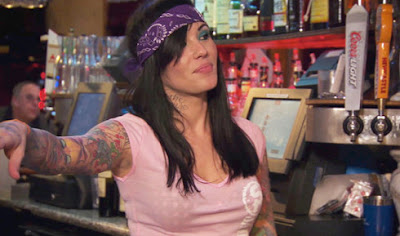 The Saddle Ranch- Episode 2 Recap
Here is what happened on the 2nd episode of Saddle Ranch
Summary Of Episode 2
Robb and Noah hatch a plan to stop the feuding at Saddle Ranch by bringing everyone together at a party. When the party finally gets started, it's awkward until the drinks start flowing. However, the good times stop rolling when a knockdown, weave-pulling fight erupts in the middle of Robb's living room!

This April VH1 Will Air The Saddle Ranch. Saddle Ranch is A Resturaunt in Hollywood With Aspiring actors, and actresses who work as waitors. Waiting to be discovered VH1 Will follow their Journey to become the next Brangelina....... Just kidding. 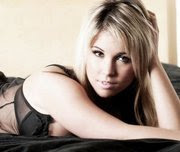