She Says Fan Was Drunk

Celebrity News: Once again K. Michelle's bad attitude is back headlines. What happened this time was a female wanted to take a picture with her while she was in NYC and K. Michelle refused and called the fan a 'Monkey"

Here are the comments

Well now K. Michelle is responding to the backlash of that comment by tweeting the fan was drunk and her behavior was Monkey like?


Reality News: This is some shocking news. One of the cast members of the current season of "Catfish" has passed away.  According to MTV Michael Fortunato, who appeared on this season's episode Ashley & Mike" died on Saturday from a pulmonary embolism

Here is the full report

An autopsy has yet to be released, but Mike's younger sister, Gena, confirmed the death to MTV News Monday night. A spokesperson for the Farmington, Connecticut, chief medical examiner's office told MTV News that Fortunato died at Hartford Hospital as a result of a pulmonary embolism due to deep vein thrombosis, with other significant contributing factors including obesity and cardiomyopathy.

A pulmonary embolism is a blockage of one of the main arteries of the lung, typically caused by a blood clot that starts in the legs or pelvis and travels to the lungs. Cardiomyopathy is a disease that weakens or causes the enlargement of the heart muscle, making it harder for your heart to pump blood and deliver it to the other parts of the body, often resulting in heart failure.

"We are deeply saddened by the loss of Michael Fortunato," read a statement from an MTV spokesperson. "Our condolences, thoughts and prayers are with his family at this time."

Realty News:  It looks like Brandi Maxwell and Sundy Carter won't the only two new cast members for the new season of 'Basketball Wives: LA' Jackie Christie confirms there will be four new female cast members for the upcoming 3rd season as tells The Socialite  in an interview.

'It’s going fantastic…I can’t give away much, but I can definitely say I’m back, Draya Michele, Malaysia Pargo, and then four new girls that’s just absolutely amazing. On no, they will not allow me to do that [identify the four new girls]; I wish I could. But stay tuned, because pretty soon, they’re going to announce everybody. But I think it kind of got leaked out a little bit that someone had saw there were two new cast members, but they made it very clear for us not to speak about that. I can say they’re exciting, they’re going to shock a lot of people, and this is going to be our best season yet.'

'Yeah I actual did hear about it, and I feel like everybody is entitled to their own opinion, and I feel like Shaunie has done a great thing. I have to take my hat off to Shaunie first and foremost. Not only is she one of my closest friends, I respect her; I feel like I’m a part of her franchise, and I’m proud of the show. I feel like there’s a lot of girlfriends and fiancées and everything just in general, but it’s okay. The show is titled Basketball Wives, but it doesn’t necessarily have to mean wives. It could be an ex-wife, like with the Miami version, a lot of them are ex-wives, but they are wives. So I think it’s more about the females involved with professional athletes, basketball athletes world. That’s what I think the show is basically saying. So our show this season without giving it away, there’s about three or four wives actually on Basketball Wives: LA. So it is what it is. I don’t really know what happened as far as how that conversation came about with Laura making those comments, so I’d be speaking out of turn, but I look at what Shaunie has done in only a positive light. And not only Shaunie, but Shed Meida, VH1, everybody.' 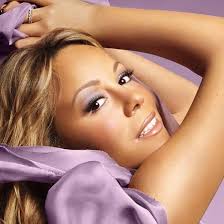 Music News: Mariah Carey has announced on her Facebook page that she will releasing another buzz single. This one is called "The Art Of Letting Go"  which will be exclusively released on her facebook page 11/11. The song is the title of her new upcoming album. This will be her 3rd buzz single with "Triumphant" being the first, #Beautiful being the second over the summer which was a top 20 hit.

Mariah has been recovering from a dislocated shoulder.
at October 14, 2013 No comments:

K. Michelle's Spin Off Show To Premiere Early Next Year 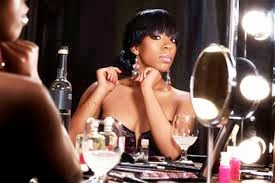 Reality News: K. Michelle is spilling more details about her new spin off show to Urbanbellmag.com she says that production of the show will start in January 2014 and it will sometime in March of next year. Singer Elle Varner will be joining her on the show as well.

“We’re beginning the process. We start shooting really soon but full production doesn’t kick off until January really because I’m still busy with everything for the album. But I’ve had meetings with Mona and everything. You guys should see it in March around my birthday though.”

K. Michelle will now be appearing on the 4th season of 'Love and Hip Hop: NY" as a transition to her spin off show

Rumors: So we all know Mona Scott Young is working three potential new 'Love and Hip Hop spin off's for LA, Houston and New Orleans. ONE of these cities will get picked to be next new spin off.

We can already single out Leyota Luckett and Slim Thug out for 'Love and Hip Hop: Houston. But according to Sandra Rose Blog more rumored cast members have been announced.

Her blog also says that if the LA one gets picked that Ray-J will be co-producing the show and will have his own drama.
at October 13, 2013 No comments:

Email ThisBlogThis!Share to TwitterShare to FacebookShare to Pinterest
Labels: cast members, for, love and hip hop, more, potential, rumored, spin off show, the 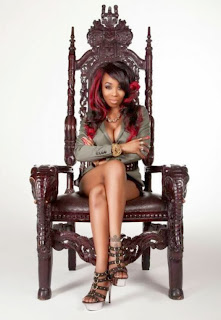 Reality News: It looks New York is returning to VH1. Her new show "Ratchet Queens" will be airing on VH1 sometime next year. according to a twitter reply.

It is said that the show will be a combination of Bad Girls Club and Charm School.

Here is a little teaser