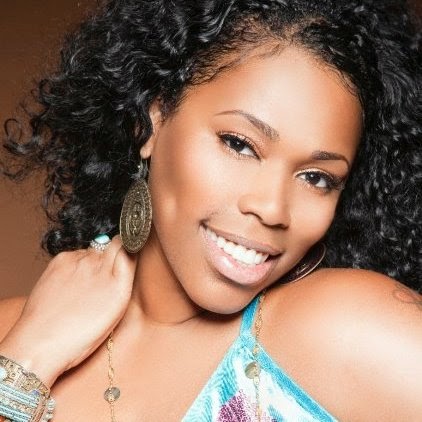 Realty:  Former R&B Divas star Nicci Gilbert is suing TV ONE over a new spin off show with her and Faith Evans who both left the show after season 2.

According to  Theybf.com, Nicci Gilbert is pissed that she was left in the new upcoming show Hollywood Divas she is filing 15 counts including breach of contract, defamation, fraudulent, and negligent representation.

A discussion is needed NOW to address the images of African American Women that white male production company’s are portraying on Reality TV and changing things in the editing room . They can’t be allowed to continue to destroy Brands & families & friends!
at May 15, 2014 No comments:

Email ThisBlogThis!Share to TwitterShare to FacebookShare to Pinterest
Labels: former, nicci gilbert, R and B divas, sues, tv one Reality:  Apparently another male rapper has been added to the cast for Love and Hip Ho: NY which will start filming its 5th season soon. He is a former child rapper by the name Chi Ali Griffith.. ring any bells? because I have no idea who he is.

He has a criminal past and served 12 years behind bars fror killing  aman in 2000.

Reality:  Renee's sister , Jennifer Graziano, who is one of the producers and the creator  of Mob Wives is speaking out about the casting changes and why the former castmembers were not on season 4. A lot of fans assume that Natalie and Alicia were replacing the old castmembers.

Jennifer did an interview with Buzz Feed TV and says that Carla, Ramona, Karen and even Love did not show for season 4 because they were not happy with their contracts. Apparently, Jennifer says that they wanted to get paid more money for season 4 and VH1 would not do it. She called Karen multiple times telling her about filming season 4, but she never showed.

She also discusses the Drita spin off show and says that it might possibly happen.

TLC Former Manager Pebbles Reveals She Is Sharing Her Story Celebrity News: Just one week after the TLC biopic movie aired on VH1 which have VH1 big ratings, Pebbles has finally responded to her reaction to the film in which she received backlash for.

Email ThisBlogThis!Share to TwitterShare to FacebookShare to Pinterest
Labels: former, her story, is, manager, pebbles, reveals, sharing, she, TLC 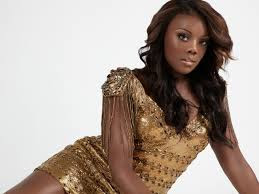 Reality News: Former 'Basketball Wives cast member, Meeka Claxton,  has revealed she had Grave's disease while she was on the show.  She wrote a blog entry titled "Letting Go" talking about ending her feud with Tami Ramon when they both reunited during fashion week recently. She reveals that she was battling grave's disease which is the same disease rapper Missy Elliot has.

"I’m a private person and there was so much more going on with me than I let on. Aside from Speedy, not too many people knew exactly what all I was dealing with.  A little over a month before filming started in Miami, I noticed my right eye was bulging out of my head. Nervous that it was the result of a tumor, I went to the doctor and he ran tests. The CT Scan came back negative, I thought I’d be relieved but I wasn’t.  I was 31 and I knew my body, something was definitely wrong. I saw a few specialists including an Opthalmologist and they couldn’t find anything. It wasn’t until I went to NYC’s top Endocrinology Specialist that I was diagnosed. 2 weeks before filming, I was officially diagnosed with Graves Disease.
I went through 2 months of radioactive treatment and had to have my thyroid removed. My hair fell out and I lost a lot of weight. I needed something to take my mind off of what I was going through with my illness/treatment and I thought being on the show, new experiences, and working to expand my Atlanta based real estate company to Miami was the answer.  Needless to say, I was dead wrong.  Evelyn made fun of my bulging eyes every chance she got, Tami picked a fight every time we were together and Shaunie cackled at every bit of it all the way to the bank.  They made my experience miserable but I never showed it. I never wanted to give them the satisfaction of knowing that they were essentially “breaking my spirit”. I dreaded filming each day and wondered what happened to all the “showcasing of the lifestyle of basketball wives” like I was told by the producers was supposed to the premise for season 3".
at September 17, 2013 No comments: